We are excited to announce that Doctor Necrosis has joined the Enjin Multiverse!

We have been working closely with other Enjin-powered games over the past year, and we’re happy to finally share with everyone that we have joined the ranks as a fellow Enjin adopter! 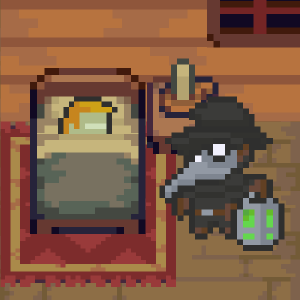 Doctor Necrosis is an action adventure RPG where you play as a medieval plague doctor. Your job is to diagnose everything from common illnesses to raging epidemics—no matter what the disease, you’ll need to diagnose it, research a cure, forage, harvest for your supplies, and craft the treatment.

Some of the ingredients needed to craft your cures can be grown on your own land, while others may require you to embark on dangerous adventures in the far reaches of the Enjin Multiverse.

Certain ingredients can be harder to come by if you don’t know where to look for them, so your local shops and townspeople will be crucial to the success or failure of your cures.

You will have the opportunity to craft items and specialty cures from blockchain materials, which can be collected and acquired from completing quests in Doctor Necrosis and other games around the Multiverse. 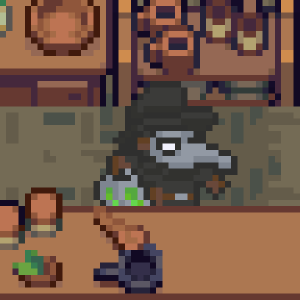 Why did we decide to integrate Enjin? That’s an easy question to answer.

Enjin allows us to create items on the blockchain and provide actual item ownership to our players.

All items are backed by Enjin Coin and securely stored in your Enjin Wallet, enabling you to have confidence knowing:

Using Enjin allows us to implement blockchain cures for illnesses and diseases, which are a core aspect of the Doctor Necrosis game concept.

What Will Doctor Necrosis Bring to the Multiverse?

We want to help set a standard for cross-game collaborations, and show exactly what Enjin’s platform is capable of.

We plan to build a community around Doctor Necrosis by creating unique puzzles with hidden secrets and complex cures. Our goal is to create quests that span the different games and dimensions of the Enjin Multiverse while also increasing multiverse item support, which will grow the intrinsic value of existing multiverse items.

The most popular games are those that offer the most exciting gameplay mechanics, and Doctor Necrosis is no different.

We aim to create intuitive, viral gameplay that will spread throughout the gaming landscape and bring more users to the Enjin community.

By supporting Doctor Necrosis, you are not only helping to bolster the entire Enjin community, but also bringing attention to the power of Enjin’s technology and ensuring the continued growth of the Multiverse and the items it encompasses.

We will be releasing updates throughout the entire development process and posting gameplay videos whenever possible. In the meantime, we’ll be collaborating with other Multiverse games to plan and create quests, integrate new pets, and expand the possibilities of Doctor Necrosis for our players.

Chat with our team and stay updated with the development of Doctor Necrosis on social media:

The Enjin platform is a great way to get started with blockchain integration with it’s community of knowledgeable developers and adopters, extensive documentation, comprehensive API, and robust SDKs. Sign up today for a 14 day free trial to the Enjin platform and get started by harvesting the power of Enjin’s blockchain technology.